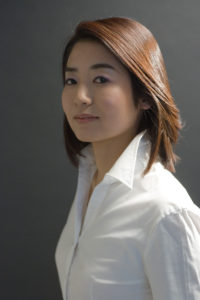 In Summer 2011, she joined to the film scoring lectures of Hummie Mann at Pacific Northwest Film Scoring Program, who is a Hollywood film composer in the USA.

Recent years, she is putting effort into music educational compositions.  She is doing a lot of work on music publication for kids and teachers, not only giving workshops and school visiting.

– Japanese major film “I am.” (Dir by Rodo Seji) was screened in Japan which music scored in 2010.

-Scored music for American independent film “Miyuki”(Dir.by Immanuel Martin) which was released DVD in the US.

-Published CD book and succeeded in a big seller, “Castanets of Spain” for kids education(Ongakunotomo corp.) in 2004.

– “KAI” for Shakuhachi and 17 string Koto is included on the CD Album “Silent Letters Secret Pens” (Jeff Cairns and Izumi Fujikawa) in 2006.

-Premiere opera work “Gouche the Cellist” at Sapporo concert hall kitara. The concert organized by city of Sapporo in 2008.